← more from
Brique Rouge
Get fresh music recommendations delivered to your inbox every Friday. 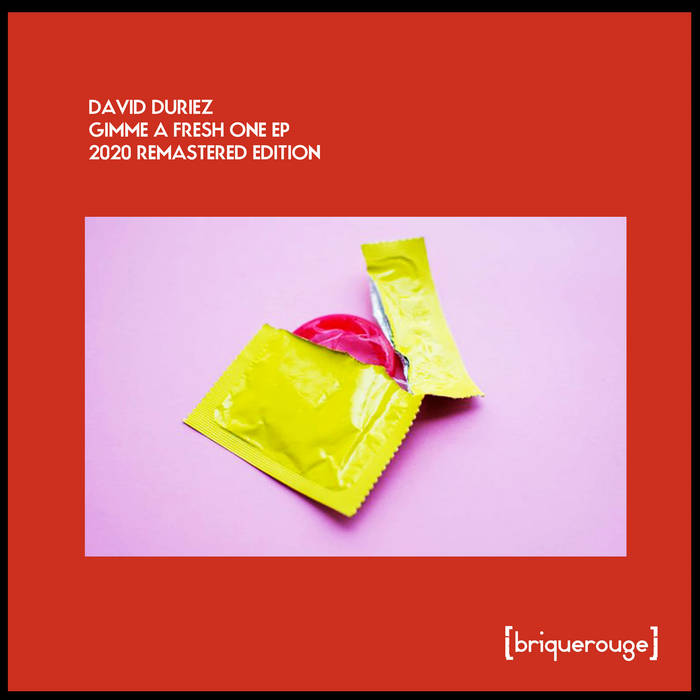 Distributed by Discograph, the release sold very badly and lead to a change in distribution after that because it was never promoted properly. The white labels promos stayed in stock for weeks at the distributor warehouse and they did nothing to push the release. For the rest of the label life, promotion has been done by us directly?

Also there is a story behind the fact that it was not credited as David Duriez at that time. The main reason is that i had an exclusive production contrat with BMG Omnisonus under my real name and therefore i could not use it freely for other releases. Hence the multiple "David Duriez presents..." aliases that followed in my discography.

Gimme a Fresh One is a simple 3-track ep, not dancefloor, mostly experimental and it was too special for 1999 and for a second release. Iv'e been sitting on a pile of stock of this one and it has always been a rock in my shoe, for years.

Now 20 years later, here it is again, remastered and in all its glory.

A few vinyl copies are still available in the merch section of our bandcamp. Half of the original pressing has been destroyed.