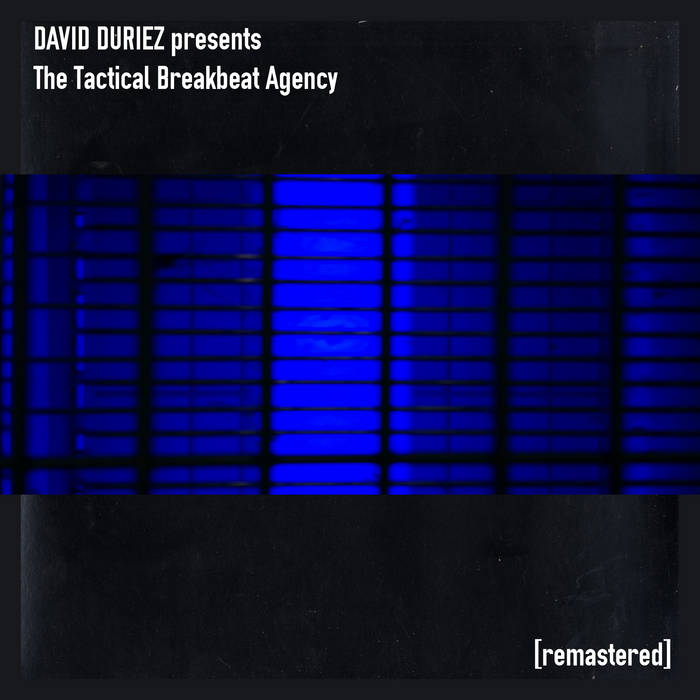 Tactical Breakbeat is a curve ball. It is an unreleased Drum & Bass album from David Duriez. The Frenchman is more known for making Deep and Tech angled House music. The Tactical Breakbeat Agency was made in the 1990s and it sounds great today. Not all of the tracks are strictly Drum & Bass and it sounds like Duriez was influenced by Breakbeat, Trip Hop and other types of beats and grooves. Around the same time, fellow Frenchman DJ Gilb-R dropped a Drum & Bass record, Pressure, on his Versatile imprint. This album has more in common with Pressure and the continental Trip Hop sound of the 90s than much of the UK Drum & Bass that was being released in the mid to late 90s. And it has Duriez’s unique musical stamp. I thought Gil’Br was the only producer making this style of music in France in the late 90s, but that was due to my ignorance and the lack of UK press coverage at the time. The Tactical Breakbeat Agency was an important chapter in Duriez’s musical history and it is a fine LP.

My introduction to LeDav aka David Duriez was via the Brique Rouge label, which he founded in 1999. Duriez was an inspiration with his groovy take on House music, which referenced Chicago and the surging European scene, but was essentially his own. At a time when most French House music was filtered Disco, Brique Rouge was all about deep, jacking and grooving tunes. With co-conspirator Ludovic Llorca and a roster of talent from across Europe and beyond, David Duriez built Brique Rouge into one of the finest labels for House music with Deep, Tech and Acid elements. Duriez made a name for himself as a producer and DJ, with records on some of the finest European and US labels. He also managed a private pre-social network email group for DJs, producers and hangers on, which was vital for the scene at the time. After a number of years at the musical forefront, David Duriez faded from view in the late 00s.

LeDav has made a triumphant return. He has rebooted Brique Rouge with remasters of back catalogue material and a whole schedule of new music. He has been revisiting the vaults, which is where The Tactical Breakbeat Agency comes in. Duriez created this album in the late 1990s, but unfortunately it never came out. His productions are infectiously energetic and the breakbeats have been skillfully programmed. The style of the jazzy grooves reminds me of the likes of Wax Doctor, but this is a European take on beats and basslines and it is Duriez’s own. There are also Trip Hop and Breakbeat tracks that have their own charm. The opener Tactical is a clear standout, with its solemn synths, circling beats and playful jazzy trumpeting. The Quest is another track of note, where woozy stepping beats lock horns with slippery synths and a rubbery bassline. This album has probably sat on a DAT for 20+ years. It is fortunate that LeDav chose to resurrect it. Listen now and relive the 90s, Duriez style!